CenterStage Performing Arts Academy has been a staple dance studio in Gallatin for over fifteen years. The partners, Natalie and Daniel Hudson, David and Laurie Klein, Kayla Witty, and Nathan Schneider are the fourth owners (2015 to present). They had a dream of expanding CenterStage to provide more than just dance, but a full fine arts education in dance, theatre, productions, and instruments. 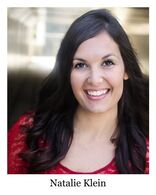 Natalie Klein Hudson has been teaching dance and fine arts for over 13 years and dancing for 29. She has a Master of Arts degree in Theatre from Regent University in Virginia, and spent three years traveling and teaching around the world with the Young Americans. When she isn't in the CenterStage classroom, she is a Professor of Theatre at Volunteer State Community College. In her spare time, Natalie loves to perform, cheer on the Volunteers, and spend time with her husband Daniel, and dog Molly. 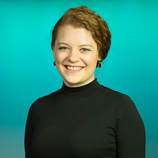 Kayla Witty, a Minnesota native, has been a teacher and performer of the arts for over 20 years. She has performed both nationally and internationally with The Young Americans, visiting four continents and over fourteen countries. Though specializing in teaching, she also cast and directed several tours and shows with the group, overseeing and ensuring the success of almost 100 shows. Outside of the classroom, she enjoys hiking with her fiancé Nathan. 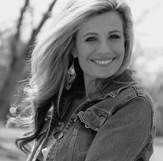 Michelle Foster serves as CenterStage's Office Manager and is proud to call Gallatin Tennessee home for 20 years now. She moved to Nashville originally to pursue a career as a song plugger for country music. She has worked for Reba McEntire and was also a make up artist for various country music artists during that time. As a mother of a child who loves to perform, she has seen the growth and encouragement her daughter has received from the students and teachers here at Centerstage and is so grateful for the opportunity to now help share the goodness that comes from being a part of this wonderful family! 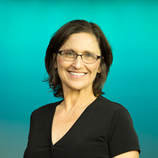 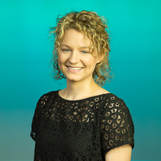 Bonnie Worley has seventeen years of dance training in ballet, tap, jazz, modern, and some hip hop. She has been a nanny for six years and enjoys volunteering to teach at children's outreach programs. Above all, Bonnie believes that every dancer has wonderful strengths to discover. 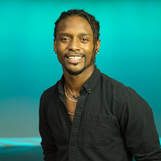 Kyre Phillips is a small town hip-hop teacher out of Franklin, KY. He has been dancing and teaching for quite some time locally and is overjoyed to share his talents with the community of Gallatin through Centerstage Peforming Arts Academy. 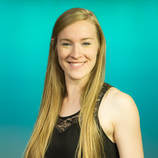 Meredith Combs moved to Nashville in January, 2017 and immediately fell in love with the city. She has trained in ballet, jazz, tap, hip hop, modern, contemporary, lyrical, partnering, and pointe. Along with performing, she enjoys training the next generation of dancers and sharing all she has learned in her career. 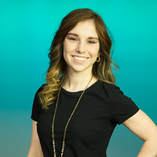 Jordon Rubel is a Nashville native and attended mainly The Dancer's Studio in Lebanon growing up pursuing her love for Ballet. She received her Associates degree in Fashion Design and Merchandising from the International Academy of Design and Technology Nashville. She currently is overjoyed to be a teacher of Ballet/Tap/Jazz/Pre-Pointe at Centerstage where all the arts are taught and encouraged. 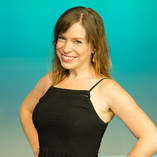 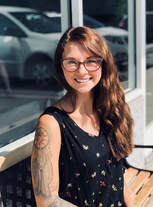 Chelsea Rickman was born and raised in Buffalo, NY; she started taking dance lessons at The Sam Smith School Of Dance at the age of two. After many competitions and recitals, she became the teacher assistant at the age of fifteen and found her passion for teaching others dance. At the age of eighteen she continued taking dance lessons during college; even when she moved to Arizona for a year! In 2014 Chelsea moved to Tennessee to be with her husband where she found a job teaching dance. Chelsea resides in Whitehouse, TN with her husband and two children. Chelsea has a heart and passion for loving others and teaching them everything she knows. After twenty two years of dance background, Chelsea has learned that dance will always be a part of her life. 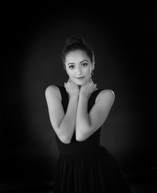 Ella Vernali is a graduate of Nashville School of the Arts where she majored in Dance and Choreography. Ella teaches Ballet, Jazz, Lyrical, and Musical Theater technique classes and choreographs dance performances for a wide range of dancers.    She has choreographed multiple full-length musicals including  Little Shop of Horrors  and  Hairspray . Ella has worked on several variety shows with Centerstage, and is very excited for the year to come!

Kaileigh Bullard began doing tap, jazz, and ballet at the age of 4, clogging and playing piano at the age of 5, and acoustic guitar at the age of 12. She was professionally trained vocally in Speech Level Singing for 14 years and is a professionally trained fiddle player, having played for 18 years. She holds three National Champion Clogger titles with both the American Kids and Entertainment Connection Organizations and has won numerous other tap, clog, and singing awards. A singer/songwriter in Nashville, Kaileigh currently has a self-titled EP available on iTunes and is writing new music for an album to be released this year. 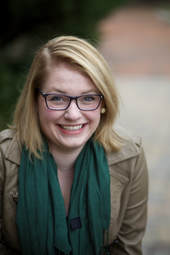 Megan Lange has been working in the events industry for over ten years. With a degree in technical communications and a passion for putting on events that shine, Megan's eye for the little details guarantees your event will be the best that it can be. These days, Megan spends most of her time looking for ways to make CenterStage the best venue it can possibly be. Email Megan at megan@performcenterstage.com to set up your tour today! 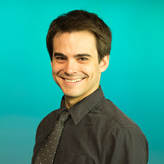 Nathan Schneider has been directing for the stage and screen for over 10 years. Building off of 15 years of performance experience (including 10 international tours with The Young Americans) and a Bachelor or Music from Cumberland University. Nathan is thrilled to be a co-owner and director of CenterStage Performing Arts Academy. When Nathan is not directing on stage or on set, he can likely be found on a distant mountain top enjoying God's creation - and if he is lucky - his Fiancé Kayla by his side. 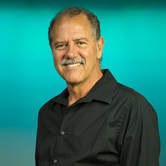 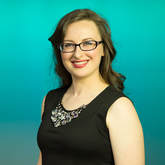 Amanda McReynolds has been performing since an early age in various school, church, college, and community productions. She earned an Associate of Science Degree in Music from Volunteer State Community College in 2005 and a Bachelor of Arts Degree in Fine Arts with a Theatre Emphasis from Cumberland University in 2007. After college, she toured for several years with her grandfather, Grand Ole Opry member and bluegrass legend Jesse McReynolds. She currently lives in Gallatin with her husband Chris and intends to pursue a Masters Degree in Music. 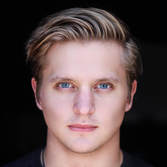 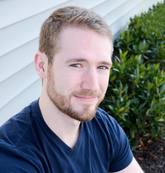 Matthew Kennedy has been teaching music and dance for 15 years, and performing for 25. Born and raised in Fairbanks, Alaska, Matt studied classical voice, violin and piano, as well as Ballroom, Latin and Swing dance. His passion for dance and music brought him to California, where he joined the Young Americans. Matt performed, taught, managed and directed on tours in 3 continents, 15 countries, and 24 states, but is now proud to call Tennessee home!
Instructors not pictured: Deron Martel (Music)